There are several methods that local governments of all scales can use to generate renewable energy locally and cost-effectively. Renewable energy approaches include burning biomass energy from waste, microhydro installed in streams or pipes, landfill gas recovery and solar photovoltaics. Other systems recover or store heat energy to reduce heating costs, such as geothermal, solar hot water, and wastewater energy recovery. While these systems can often pay for themselves through a return on investment over time, implementation costs can sometimes be offset through net-metering programs that reduce utility costs.

Biomass energy is considered renewable and carbon neutral. The total generation potential for all wood sources and landfill gas collection in BC is substantial. The potential sources of biomass energy are likely to increase as the climate changes and events like the mountain pine beetle infestation, which has eradicated over 600 million cubic meters of pine, can provide a source for biomass energy generation. Additionally, organic diversion from landfills has become commonplace across BC as a result of local governments taking climate action, potentially offering an additional source of biofuel in many communities.[1]

Energy can be recovered through the movement of smaller volumes of water than in typical hydroelectric projects. These are called microhydro and can be installed along streams or even within water distribution systems.

In locations where water is not pumped up a grade, downhill flows in water distribution and treatment systems present an opportunity to recover energy from the moving water. Recovered energy from water moving through a distribution and treatment system (gravity-fed motion) can be used for other purposes resulting in overall energy reductions and cost savings.

In 2019, 501kg of waste per person was disposed of in BC landfills. Local governments can take advantage of the gas (primarily methane), from decomposing garbage, to produce energy.

While disposal is the least preferred option in the waste management hierarchy, after reduce, reuse, recycle and recovery, integrating energy recovery at landfills may reduce emissions from landfill material and provide a revenue source to mitigate the cost of installing the infrastructure.

Landfill gas is collected in both open and closed landfills by installing horizontal or vertical wells into the body of the landfill or by horizontal trenches that channel the gas to a collector where it is flared or treated. Landfill gas can be used as heating fuel or to generate electricity. In some cases, landfill gas can be upgraded to pipeline quality renewable natural gas (RNG) for piping into the natural gas distribution network.

Solar photovoltaic systems use solar radiation to generate electricity. It is a simple and clean technology. Solar panels, used to collect the energy, can be installed on roofs, yards, and larger parcels of land such as farms.

Solar power provides a zero emission, quiet, and versatile energy source. The cost to install solar panels has dropped more than 70% over the past 10 years, which is a promising trend for the feasibility of large-scale adoption. According to National Geographic, the increasing affordability of hardware and energy capture efficiencies means that solar panels can pay for themselves within 5-10 years.

Local governments can install solar arrays on corporate buildings to incorporate renewable energy and reduce their corporate emissions. They may also participate in the BC Hydro net metering program, where excess electricity can be sold to BC Hydro.

Geoexchange systems use the relatively constant temperature of about 4 to 12 degrees Celsius just below the earth’s surface to achieve heating and cooling efficiencies through heat exchange.

Unlike geoexchange systems, geothermal systems harness the incredible heat produced below the earth’s crust to generate heat or electricity. These systems go farther into the earth, and rely upon particular geological conditions to access this heat, such as magma, geysers, hot springs, steam vents, underwater hydrothermal vents, and mud pots.

Wastewater is warm from domestic uses and this energy is lost to the treatment process if not otherwise captured and reused. Wastewater energy recovery systems use conventional pumps, circulation systems and heat pumps to capture heat from wastewater and reuse it for hot water service and heating.

The False Creek Neighbourhood Energy Utility (Vancouver), which began operations in 2010, uses waste thermal energy captured from sewage to provide space heating and hot water to buildings in the False Creek area. Additional boilers are on-hand for times of peak demand. However, the recycled energy eliminates more than 60% of the greenhouse gas emissions associated with heating buildings and saved 3500 tonnes of carbon dioxide emissions in 2017. 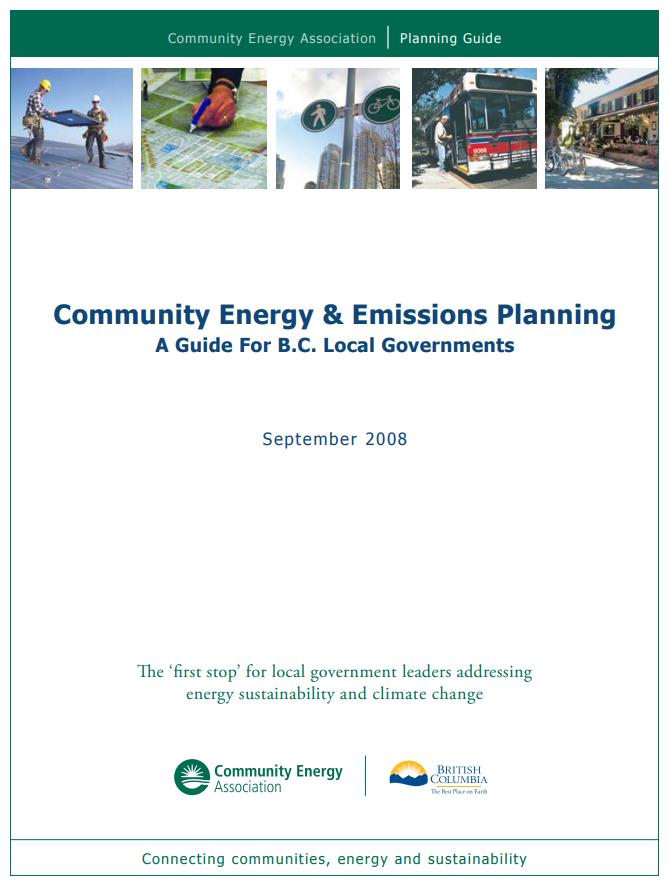